If you leave a boat in seawater for too long, barnacles will start attaching and growing. They glue themselves to the hull of your boat with a glue six times stronger than any human-made adhesive.

As those barnacles accumulate they start to have an effect. It's not immediately obvious but it's a gradual impact that creeps up.

The barnacles increase friction on the boat's hull, reducing the speed it can achieve. They increase fuel consumption because of that friction. It's more expensive to run the boat. And in the longer term they cause corrosion of the hull, damaging the boat itself.

Savvy boat owners know this. They clean the hull often. They apply anti-fouling paint to reduce the build-up of the pernicious little barnacles.

Scaling organisations aren't all that different to boats accumulating barnacles. Friction is something scaling businesses need to think about.

Friction exists in every organisation. It's a particular problem for businesses that are scaling at pace. That's because what makes up an effective business changes over time.

Friction in scaling businesses acts as a drag. It's an invisible force that holds back businesses from growing as fast as they could. It stops them thriving as healthy, sustainable organisations.

There are two sources of friction in your business:

Decision makers need to deliberately challenge aspects of the organisation's past. They must also systematically plan and put in place what's needs to be better for the future of the business.

Or another way of looking at it...they need to take time to scrape off the barnacles and apply the anti-fouling paint regularly. Beyond deeply held values, beliefs and purpose, very little lasts for ever in a rapid growth business.

Look beyond the friction

Once you're aware of friction, it's easy to focus on the obvious symptoms.

For example we leap to judgement and complain about a particular approval process, the need to re-work part of a project or unexpected costs in a business.

But those are not the sources of friction. They are simply signs that friction exists.

To implement solutions to friction, we need to look into what's causing the friction. What are the underlying conditions that cause the friction that the business is experiencing?

The Flux Collective has a great story about this:

In one large enterprise-tech company, the average process time to provision a server was 6 months. People complained about the number of approval steps (29!). To get anything done, people directly addressed the friction by requesting frequent process exceptions. To avoid the process entirely, teams hoarded server capacity. All attention was on the friction. But what were the underlying forces at play?

The company found that regulatory pressure incentivized complicated processes to create logs for regulatory audits. With this force made clear, the company invited regulators in, improved the process, and automated about 85% of the approval work. By comparison, addressing only the friction had created more work when the massive amount of exceptions had to be explained to regulators!

The problem persisted because people focused on the personal impact of the process friction. Looking at the systemic forces revealed the need for capacity on demand and the need to address regulatory concerns. By looking at and designing for both forces, the firm was able to reduce process time while increasing auditability (turns out regulators like logs generated by machines more than by humans).

One of my favourite tools for getting underneath the surface of friction is the "Five Whys":

“The basis of Toyota’s scientific approach is to ask why five times whenever we find a problem … By repeating why five times, the nature of the problem as well as its solution becomes clear.“ Taiichi Ohno

Use "Five Whys" with the right people and dig into the real reasons behind friction in your business. Then you know where to focus to reduce the friction and accelerate growth.

🛠️
A resistance to value creation within a business.

Get deeper into this

1. A useful primer on problem solving techniques, including some alternatives to "Five Whys":

2. The Entrepreneurial Operating System (EOS) has a technique called Identify-Discuss-Solve that's helpful too. The real gem in this is to make sure you properly understand a problem before trying to solve it:

3. Some old but still relevant podcasts and further reading on organisational friction: 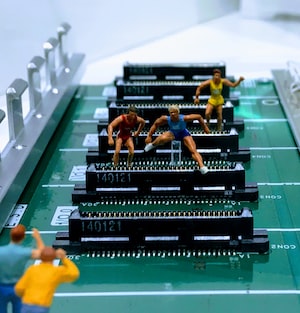 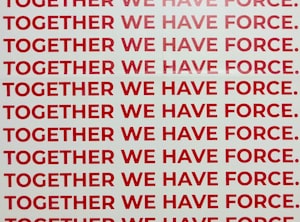